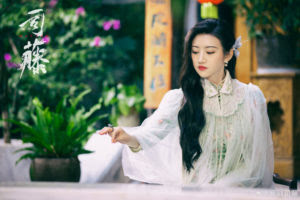 It’s been a while but we’re back with reviews and recommendations of Chinese dramas we’ve recently binged and first up is the fantasy drama: Rattan!

Rattan, or Si Teng (司藤）stars Jing Tian 景甜 and Zhang Bin Bin/Vin Zhang 张彬彬. The story begins where Zhang Bin Bin’s Qin Fang visits a faraway place called Dhana with his girlfriend to find a family to express gratitude for helping his family many years ago.

Once there though, an accident causes Qin Fang to crash into a forest. The crash kills him but as his blood drips onto the grass beneath him, an alien being Si Teng, of the Yi Tribe, is brought back to life and Qin Fang is revived along with her.

The story revolves around uncovering the truth behind the mysterious and powerful Si Teng’s past as she wakes up from an 80+ year slumber. Si Teng is a member of the Yi Tribe (though technically, in the book, she’s a part demon but the Chinese government banned mention of demons so she’s an alien). Many mysteries are uncovered as Si Teng and Qin Fang trace clues back to why Si Teng was “killed” in the first place and how she was able to wake up after almost a century.

I personally HIGHLY recommend watching this drama. It was one of the first dramas I’ve chased in 2021 and it did not disappoint. Jing Tian has not had a great track record of strong performances but she knocked it out of the park in her role as Si Teng.  Si Teng is a powerful alien with magical powers and brains to boot. Her reputation precedes her as a bloodthirsty alien and she plays the part very well but in reality, she has a cute and dopey side. It’s fantastic seeing her be an absolute QUEEN since she is THE most powerful person in the drama while also having a softer side. Not only does Jing Tian’s acting surprise viewers, the costume design and makeup is a breath of fresh air. Si Teng went to sleep in 1930s China and therefore is used to wearing Qi Pao, the traditional dress for women during that time. In modern day, her wardrobe retains many of those elements which translates into many iconic looks. The drama is a feast for the eyes due to her many costume changes. Since the drama’s airing, many women are now following Si Teng’s make up style, particularly how she shapes her eyebrows. 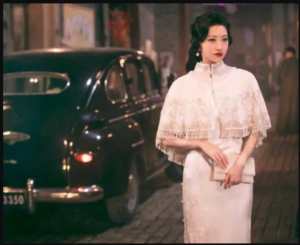 The other main viewing point for this drama is the chemistry between Si Teng/Jing Tian and Qin Fang/Zhang Bin Bin. Zhang Bin Bin has been in several dramas with Yang Mi and Dilireba but has failed to reach the A-list. This drama has propelled both him and Jing Tian to the forefront of popularity with lots more resources coming their way. The main driving factor is their chemistry which is off the charts for this drama. You can’t help but feel at ease watching these two act off each other but it’s even funnier when tall, handsome Zhang Bin Bin is relegated to the damsel-in-distress mode for most of the drama and Jing Tian has to go save him. Certainly a reversal of common cliches and its done surprisingly well.  Many interviews between these two leads have left fans clamoring for their relationship to translate off-screen and it’s easy to see why. 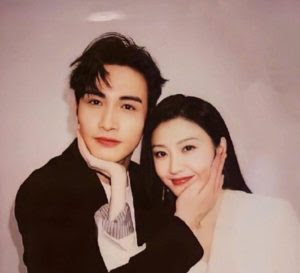 Rattan is a quick and breezy 30 ep and is available on Youtube in the US with English subtitles.  Like I said, I highly recommend the show.  I thought the topic was so interesting that at 15 ep in while I was waiting for updates, I went and binged read the book the drama was based on. The drama does a relatively good job reviving most parts of the drama and removes quite a bit of the gory/bloody portions of the book.  Let’s just say I couldn’t sleep after binge reading the book because I was scared and thankfully the drama is much more palatable.

Let us know  your thoughts on this drama if you’ve watched it already!