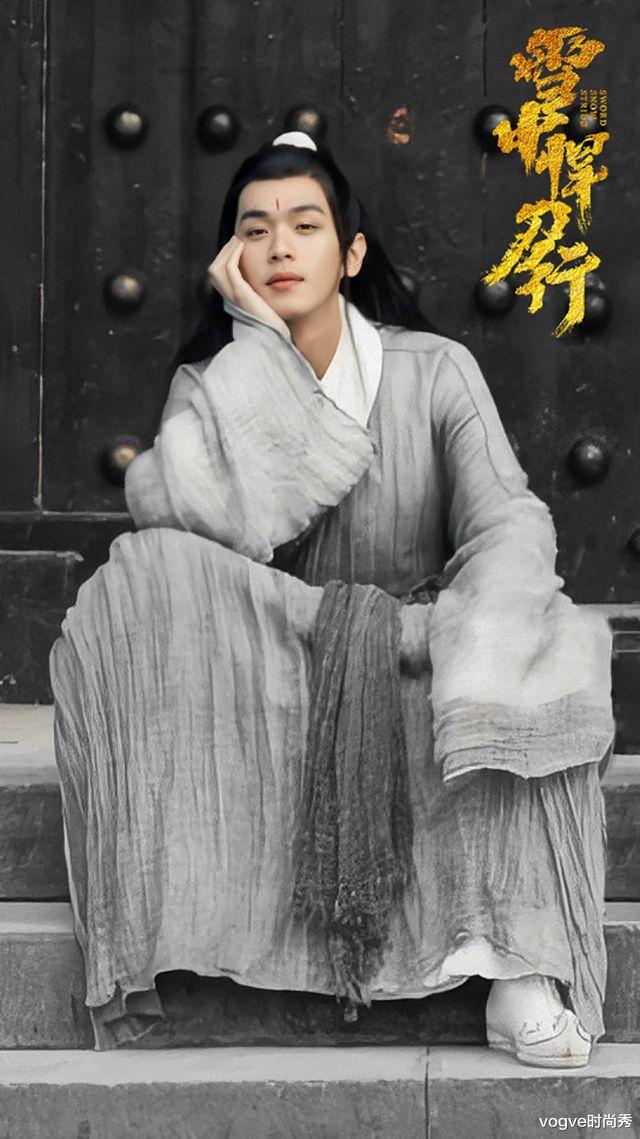 Summary: Xu Feng Nian 徐凤年 (starring Zhang Ruo Yun 张若昀) has the reputation of being a playboy and the humiliation of Northern Liang as he does not know martial arts and is thought of as an idiot. However, in reality, he is extremely intelligent and understands the burdens he has as the eldest son of the Prince of Bei Liang.

The drama follows Xu Feng Nian’s journey across the empire to protect is family and his territory as he combats threats from all sides. Based on a book of the same name, this drama introduces a new and interesting world of mythical creatures, political intrigue and masterclass fighters.

Overall Thoughts One of the most enjoyable dramas and possibly the highest viewed drama on Tencent of 2021, breaking 60 0million views. I do not think it AS good as Joy of Life (Qing Yu Nian) from 2019, but it is still a fun binge. Zhang Ruo Yun does a stellar job of portraying Xu Feng Nian in all of his facets – the homeless wanderer, the playboy and the heir apparent to the territory of Liang. The large cast of characters that Xu Feng Nian meets on his journey also add various shades of color to this interesting trip. The biggest gripes have been the martial arts sequences which is laughable compared to its older contemporaries and also the main female lead, but on the whole, this is a wonderful drama that combines intrigue, heart, comedy, sadness all into one compelling story

Story: The drama starts with Xu Feng Nian and his good friend, Old Huang, who manages horses, trying to head home after 3 years out in the world.  Though Xu Feng Nian is the son of the Prince of Liang, he is currently impoverished and dressed as a hobo. Because he doesn’t know martial arts, his travels have largely relied on his intellect, thick skin and kindness of others. On the way back, he meets the beautiful and powerful Nan Gong Pu Ye (ft Zhang Tian Ai) who helps them return back to Northern Liang borders.

Once home, he is reunited with his kind hearted but strategic father, his loving younger brother and his myriad of maids. Initially, Xu Feng Nian is reluctant to take up the mantle as the next Prince of Liang but his father, the current Prince, Xu Xiao (ft Hu Jun) explains to him the burdens that must be placed on Xu Feng Nian because he is the only one capable of protecting his loved ones and ensuring the peace that Liang soldiers fought for with their lives remains in place.

Thus begins Xu Feng Nian’s journey across the mythical Li Yang empire to grow and develop as the next Prince of Liang.

Family Dynamics: Xu Feng Nian is one of 4 Xu family children. He is the oldest son but has 2 older sisters and 1 younger brother. His father is the Prince of Liang, a seasoned veteran and skilled tactician.  He is also the only Prince in the Empire that is not of the Imperial Royal family. Thus, the precarious nature of maintaining his territory.  Xu Feng Nian’s mother was a formidable swordswoman in her own right before her passing. What is fantastic in this drama is that you can feel they truly love and care for each other all in their own way, despite not all being together.

When Xu Feng Nian finally arrives back home within the territory of Northern Liang, his younger brother, Xu Long Xiang, runs miles to greet him. When greeting Xu Feng Nian after several years apart, Xu Xiao allows his son to throw objects at him to let go of his anger. Honestly, episode 2 was so funny I watched it like 10 times because Xu Xiao made a decree that when Xu Xiao sees his son, if he is beaten to death, everyone has to pretend like nothing happened.  The staff are al like “WTF” but then indeed, Xu Feng Nian chases his father around trying to beat him because he knows his dad probably made his life hell while on his travels.  Hahahahaha

A key driver of why Xu Feng Nian agrees to finally take on the title of “Prince of Northern Liang” and rule his territory is because his father reveals to him that unseen forces that have infiltrated the kingdom are pushing Xu Feng Nian’s younger brother to the throne. While Xu Feng Nian doesn’t object, Xu Xiao explains that his younger brother, who has ungodly strength, is too naive and childish. He would easily be used by others and tricked into traps. Xu Feng Nian is the only person who is intelligent enough to withstand all of the threats and schemes that are headed their way.

I would like to think that Chinese dramas are moving in a direction where family members and siblings no longer fight each other but are instead supportive of each other’s goals. In this drama, even though each family member is apart on their own paths, they are thinking of the rest of the family and how their paths will help the other. 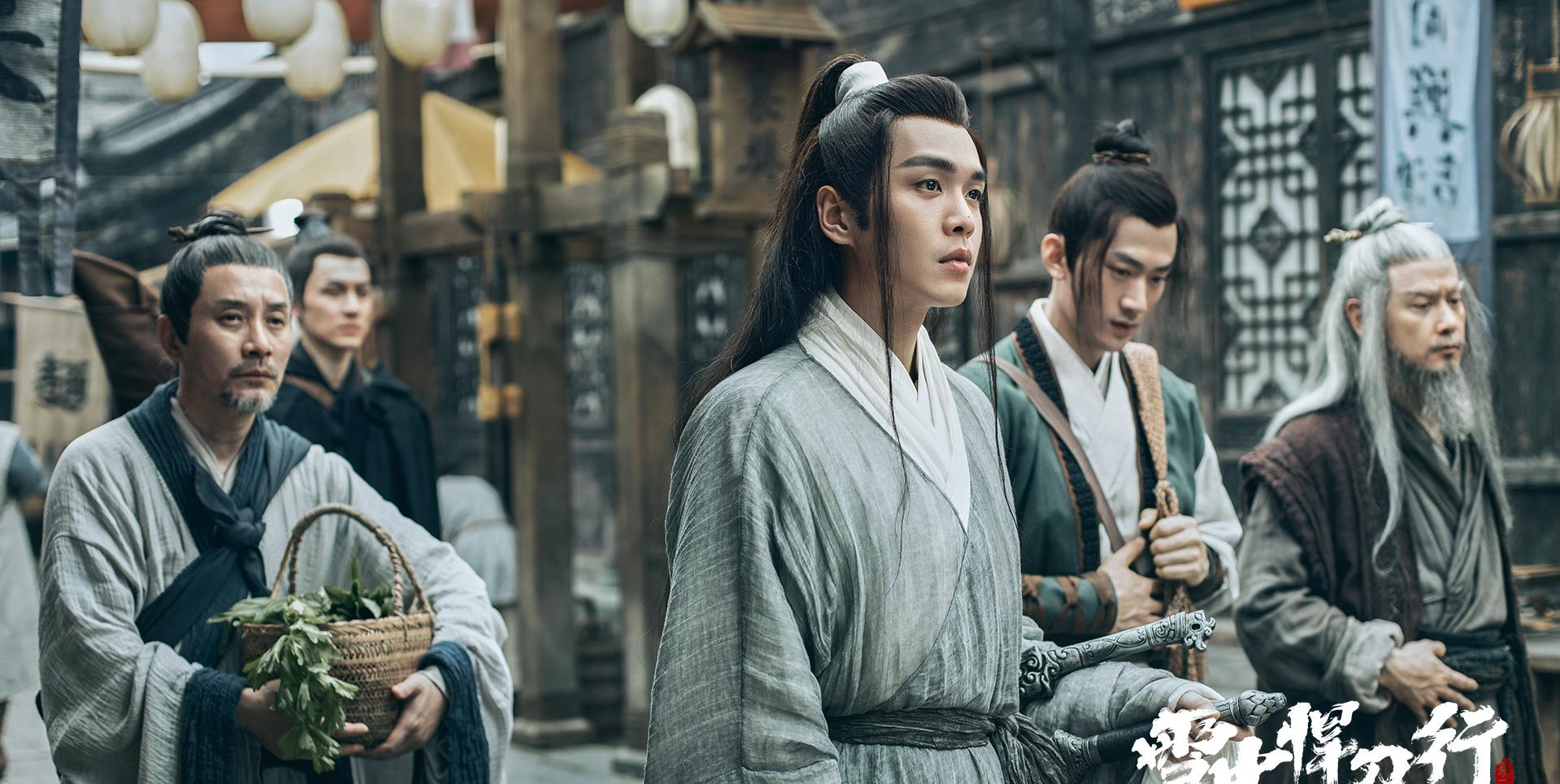 The Journey: The drama takes us throughout the Empire of Li Yang – from Northern Liang, to Wu Dang, to Jiang Nan, to Wu Di City among many others. Along the way at each stop, there are many interesting characters that Xu Feng Nian meets that help him grow but also challenges him on his journey. Each location has its purpose and you cannot help but want to follow Xu Feng Nian on his trip.

Particularly important are the old men that he meets. It’s a joke online that every few episodes you meet a new “lao tou” or old dude who either helps Xu Feng Nian, tries to kill him or both. They all are somehow insanely powerful. In my view, they were the MVPs of the drama. Some of these actors/characters were only on screen for an episode or two but they are all very distinct characters and quite memorable.

The original book, from my understanding, paired Xu Feng Nian with many women so I would be remiss to not mention all of the gorgeous ladies Xu Feng Nian meets as well.  Similar to the old men, each woman has her own distinct character and style. While some are more important than others, each character I thought took full advantage of the screen time they had and added color to the overall drama.  Please enjoy the beautiful and powerful Nan Gong Pu Ye by Zhang Tian Ai below 🙂

Everyone’s Motivations Make Sense:  Throughout the drama, you don’t meet anyone who is obviously contributing to drama because they do something stupid. There’s no miscommunication that we see in rom com dramas. Xu Xiao and Xu Feng Nian are master tacticians and strategists. They know how to plan their next moves and think several steps ahead. It’s really quite satisfying to watch as pieces fall into place based on their plans. But what’s more important is that their adversaries and allies are not stupid either. Well, some are, but not all.  Each character has their own motivations for their actions that is dependent on his or her station in life, upbringing, background and capabilities. Very few people in this drama are inherently “evil” and are driven by reasons that from his or her particular standpoint, makes absolute sense.

That’s why it’s interesting to see how Xu Feng Nian has to work with those he meets to get them to help him with his final goal.  Because his martial arts skill is still at a nascent stage, he has to rely on the help of others and showcase his upstanding character in order to win the loyalty of those traveling with hi. It makes his title of Prince seem deserved rather than something that is just given to him because he is the son of the current Prince.

Jiang Ni 姜泥 – the main female lead: Sigh – what can I say. She’s the one in the middle in the picture below. Her backstory is that she is the sole surviving princess from the Empire of Shu which was destroyed by Xu Xiao and the Li Yang Empire. Xu Xiao took pity on the young girl and took her in to be raised as a maid in his household as a means to protect her. She grew up aiding Xu Feng Nian. Such an interesting backstory right? But Li Geng Xi, and I shouldn’t be too harsh because she’s still rather young, just shows off a pouty and angry face. There’s no grace and poise of a former princess in sight anywhere.

Some pushback has been that she’s been raised as a maid so of course she doesn’t have the aura of a princess. Ok fine, but can she learn to smile? Almost every scene she’s in she is frowning, or glaring, or glowering, or pouting. She’s not unintelligent and if any other woman acted her I think I would feel differently but I honestly have no idea why Xu Feng Nian would like her. To me, they have no chemistry and their relationship is largely carried by his acting. I see more sibling chemistry between the two. I’m probably also biased because when you look at Li Geng Xi’s Jiang Ni and then above at Zhang Tian Ai’s Nan Gong Pu Ye, I just want to bop Xu Feng Nian on what he’s thinking. 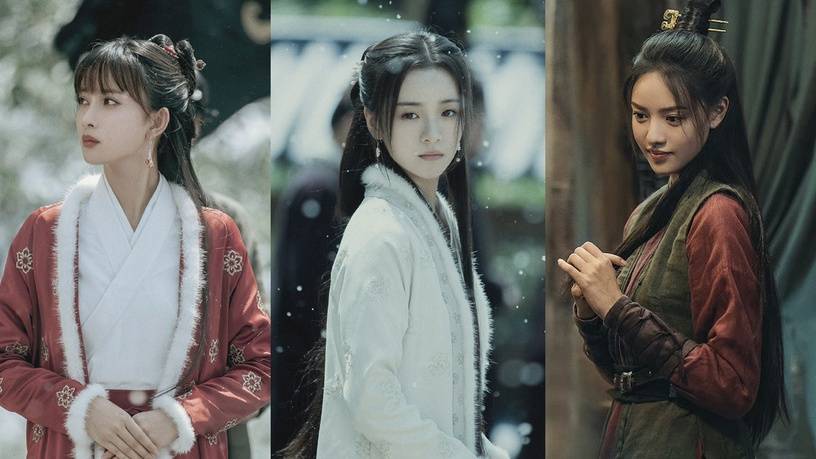