Summary: Under the reign of the only female emperor in Chinese history, individuals from various levels of society team up to investigate an ever expanding web of threats that threaten the safety of the Emperor and the regime.

Overall Thoughts: Out of all the dramas I watched in 2021, I can unequivocally say the production value of this drama is the best. The long takes and action shots throughout the show reflects how much care was put into creating a living, breathing world of Luo Yang during this period. The costumes and set pieces are some of the best in the year so that alone should be enough to push one to see the drama. I hold back on considering this a classic because the acting for at least 2 of the main characters could be improved and the storylines can sometimes be hard to follow. But that doesn’t mean this is not highly enjoyable.

Story: The drama brings together 3 individuals from different echelons in society during the extravagant Zhou Dynasty under the rule of the only female emperor in Chinese history, Wu Ze Tian 武则天 to investigate and protect the peace of the Empire in the face of numerous threats.

Wu Si Yue 武思月 ft Song Qian 宋茜, is from the Wu clan and is a distant relative of the Emperor. She holds a prominent position in the Emperor’s imperial guard and represents the Emperor on important security matters

Gao Bing Zhu 高秉烛 ft Huang Xuan 黄轩 is a member of the lowest class of society, living in a place called Bu Liang Jing, which is an impoverished commune of people who were either banished for crimes or descendants of criminals. People from Bu Liang Jing are not allowed to leave their destitute home. Gao Bing Zhu was the leader or marshall of sorts for the people.

Bai Li Hong Yi 百里弘毅 ft Wang Yi Bo 王一博 – second son of an important court official, he is incredibly detail oriented, learned of various crafts and highly intelligent. He is also the premier food critic in the city but does not know martial arts.

Liu Ran 柳然 ft Song Yi 宋轶 – The daughter of the prominent Liu Family from He Dong, she is close friends with Wu Si Yue and is well connected with the imperial family. Despite Bai Li Hong Yi’s initial objections, he and Liu Ran marry early on in the drama. 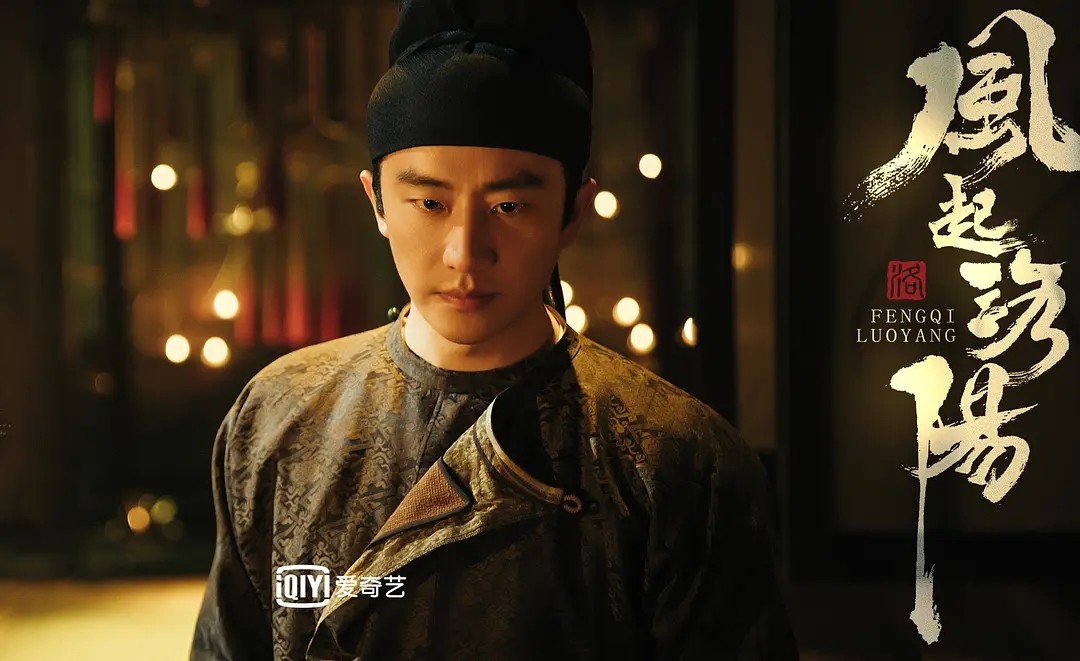 Costumes, Set Design and Cinematography -> World Building: This drama is incredibly fast paced as the three groups work together to figure out threats against the Emperor and the overall empire.  From the get go in the very first episode, you are on the edge of your seat following chase scenes through a breathtaking view of Luo Yang, the capital of the Tang/Zhou dynasty.  It’s evident that the show took great pains to choreograph incredible shots of chase and action scenes that takes the viewer through what was a Luo Yang that is full of life. People from all walks of life – merchants, peddlers, guards, scholars, socialites- are all depicted in the crowd. The early Tang dynasty is heralded as one of the wealthiest and most extravagant time periods in Chinese history and this drama certainly let me believe it.

The drama reminds me a lot of The Longest Day in Chang’An or 长安十二时辰 from a set design and cinematography perspective though more richly colored and not as bleak as the former drama. Notably, both The Long Day in Chang’An and this drama, Luo Yang, were both based on books written by the same author, Ma Bo Yong.

Additionally, I am absolutely in love with the costumes that everyone is wearing. It is time period accurate for both men and women but the women in particular are stunning. Just take a look at some of the photos I’ve put up in this post. The designs, fabrics, colors and jewelry are complicated and intricate. It exudes the wealth of the time but is not over the top and flashy as some other dramas show. You can tell there’s been a lot of care put into each individual’s costume design and I just cannot get enough of how beautiful the women look, particularly Liu Ran.

Overall, if I could travel back in time or to a world in a drama, it would be this one just to see exactly how international and vogue the capital of the Tang/Zhou dynasty was. 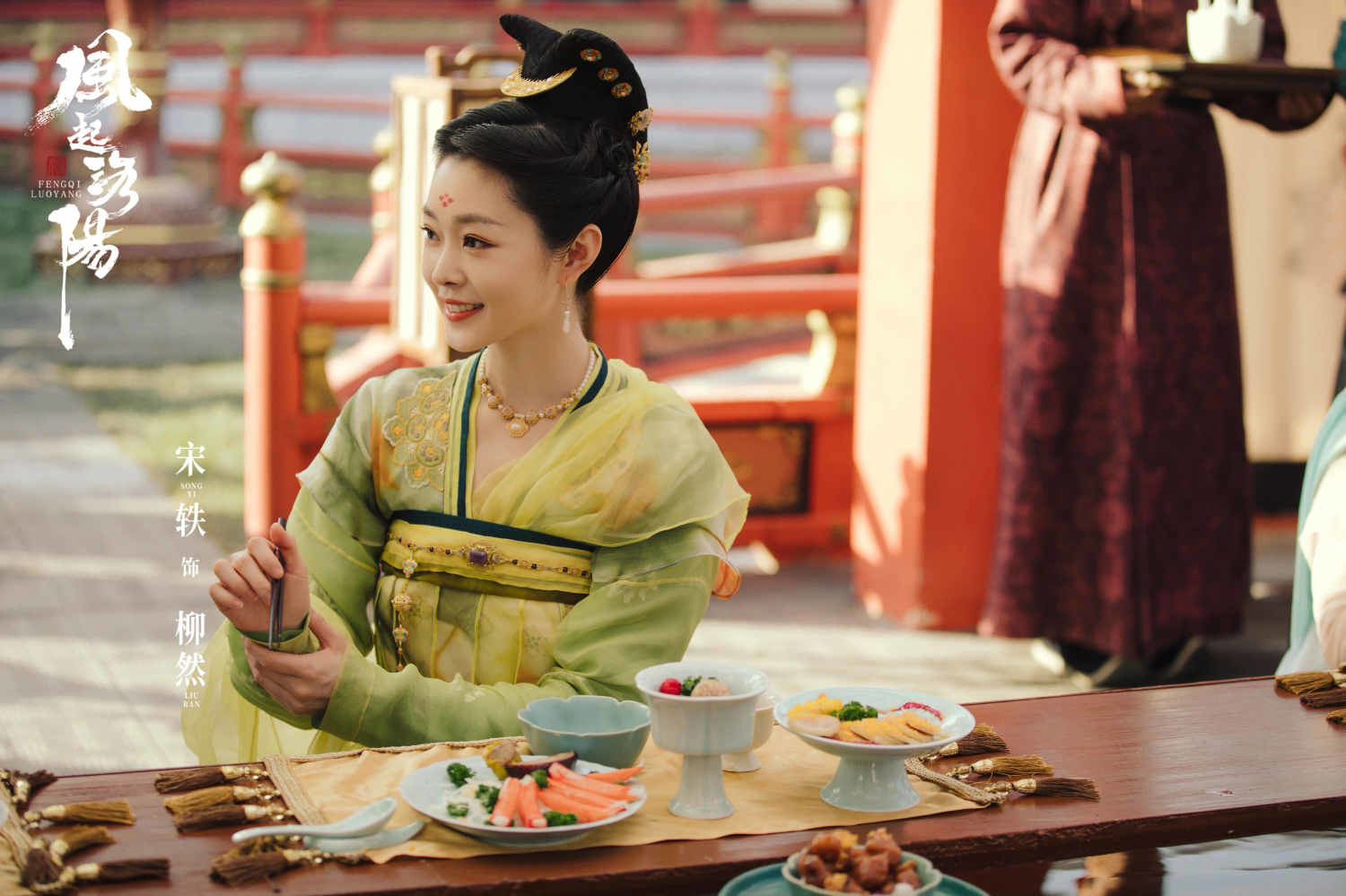 Song Yi is also probably the most relaxed actress in the drama. Like I look forward to watching her on screen. Her voice and poise just emanate the aura of a socialite during that time but someone who has been trained well from a young age on how to act and behave as woman from the Heng Dong Liu family. 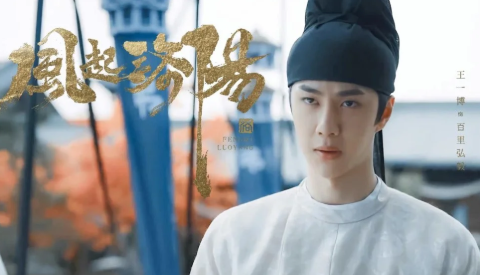 What’s Preventing This From Being A Classic

Lead Acting: Out of the main trio, the only person who can actually act, and it’s painfully obvious, is Huang Xuan, who plays Gao Bing Zhu. He’s been in numerous dramas and movies over the years and you can tell he is acting circles around Song Qian and Wang Yi Bo, who were/still is an idol. Song Qian was part of the girl group F(X) in Korea and Wang Yi Bo, well, everyone knows he’s a singer and an even better dancer.

It’s a pity for Wang Yi Bo in particular because from behind the screen clips, he actually has put a lot of thought into his role and how he should act it. But what’s translated on screen is someone who doesn’t have much facial expression. His fans will say that that is what Bai Li Hong Yi is supposed to be like but I think at least a little change in expression is warranted.

Song Qian at least is trying but I can barely hear her speak most of the time. Her enunciation isn’t the best. Though we should commend this cast for using their actual voices rather than being dubbed so there’s that. I think my biggest issue is that Song Qian’s acting leaves the trace that she is acting. It’s a little overdone especially when compared to Huang Xuan and Liu Ran.

Story Pacing in the Second Half: While the first 20 or so episodes were top notch, things started to get a little convoluted in the back half as threads start extending much farther out beyond the initial mysteries. It became confusing trying to follow the various threads and what each person or clan’s true motive was. While people on weibo certainly had a blast trying to figure out who exactly were the culprits behind the myriad of murders and plots, by the end of the drama, I almost didn’t care. The ending was also infuriating with many plot holes that could have easily been avoided so instead of a drama that I feel like I can rewatch consistently, it left a sour taste in my mouth. I will happily re-watch the first couple of episodes and leave it at that.  This drama almost could have been 10 episodes shorter or else made into a movie. As a movie it would have been a classic.